Fans watching the New York Giants play the Jets this weekend on TV will notice something new: their tweets. 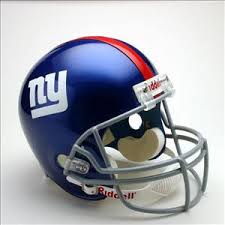 The Giants will integrate live tweets from fans into the broadcast on NBC 4 in New York during Saturday’s preseason game and during the Sept. 1 game against the New England Patriots. The remarks from fans will appear on the lower third of the screen during big plays. TheTwitter feeds will run just during those two final preseason games. But the Twitter integration will also be integrated into MetLife Stadium throughout the season. Game attendees will see the tweets on the stadium’s video boards and other channels.

The team’s Twitter integration will also include a voting system that will let fans pick the player of the game using hashtags. The Giants are working with social curation firm Mass Relevance to tabulate the results in real time and feature them on a dedicated microsite. The player with the most votes will have his merchandise discounted that week in the Giants’ online store. During the season, one player will also be available every home game for a Twitter chat with fans.

A rep for the Giants says the team is the first in the NFL to embrace Twitter to this magnitude. In fact, the NFL has taken a hard line against Twitter in some cases. In 2009, the league banned players from in-game tweeting. That, however, hasn’t stopped players from taking to Twitter when they’re off the field. Many playerstweeted their thoughts after hammering out a new labor contract in late July.