People send more than 200 Tweets per minute about the weather. When conditions turn severe, weather-related Tweets 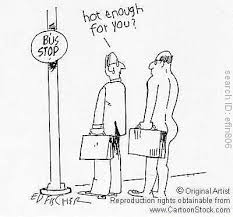 double, as people share powerful personal stories along with reports of hurricanes, heat waves and blizzards.

These accounts join a wide variety of other Twitter accounts that provide news, color and commentary around weather events, from the mild to the extreme:

Google+ could become No. 2 Social Site in US ?

Only one month after its launch, the Google+ project has gained tremendous momentum and praise, and it’s already forecast to become the second most popular social networking site in the US by mid-2012, according to a study by YouGov.

Plus Surging to Second Place

According to a survey conducted from July 29 to August 2, roughly one month after Google+ first launched, 13% of US adult Internet users have already signed up for a Google+ account and another 9% (roughly 16 million online adults) plan to do so in the next year, amounting to 22% market penetration by mid-2012.

Considering the expected adoption levels of Google+ with other major social networks, YouGov found that Google+ is on track to surpass MySpace, Twitter, and LinkedIn in US membership over the next year.